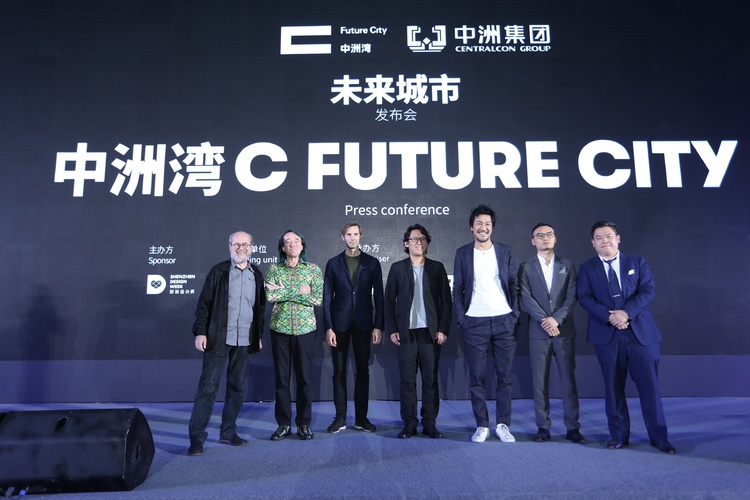 At the 2018 C Future City Launch held in the MindPark on the south of Centralcon Holdings Center in Nanshan District, Shezhen, the “C Future City” plan was released by “C Future City”, together with a group of pioneers in the fields of top creative, science and technology, art, design and nature, including the art collective teamLab, the vertical garden inventor Patrick Blanc, the chairman of AEDAS Keith Griffiths, the founder of SDL Bjorn, the founder of the Canadian technology interaction company Réalisations, as well as more than 1,000 industrial intellects. They declared that they will develop a city sample in the future form of Shenzhen, unveiling an experiment about future cities and drawing industrial and even social attention. 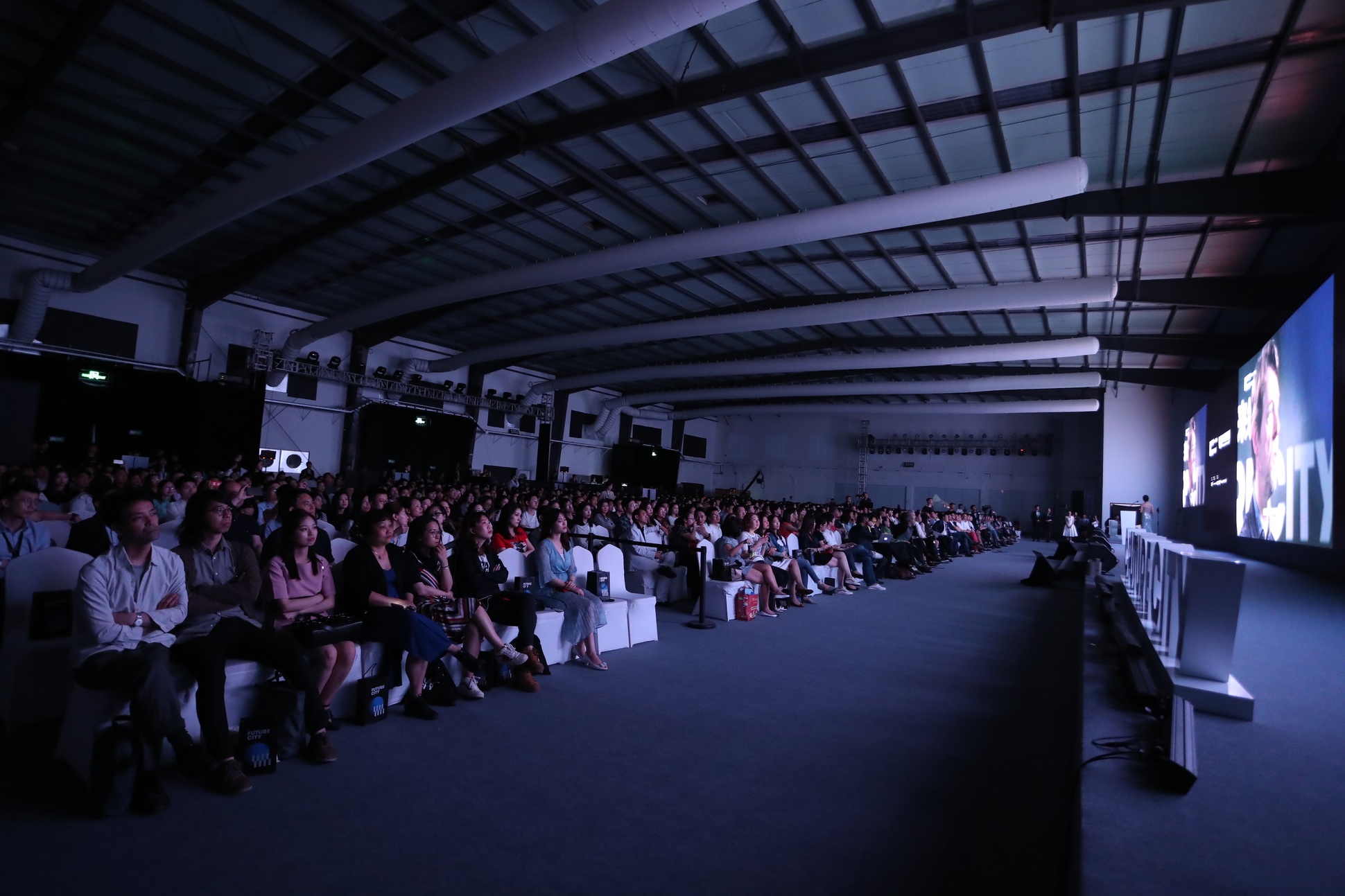 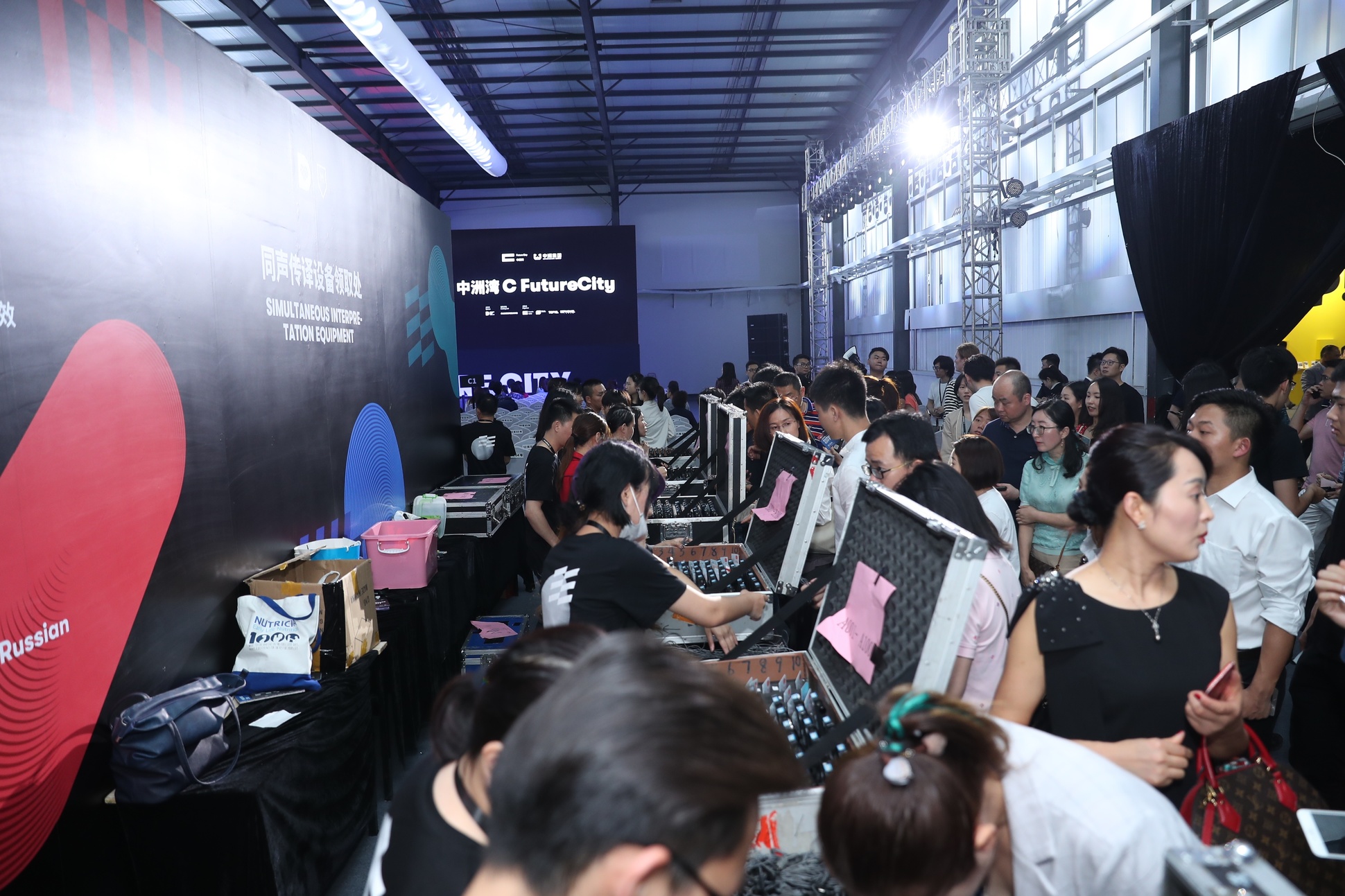 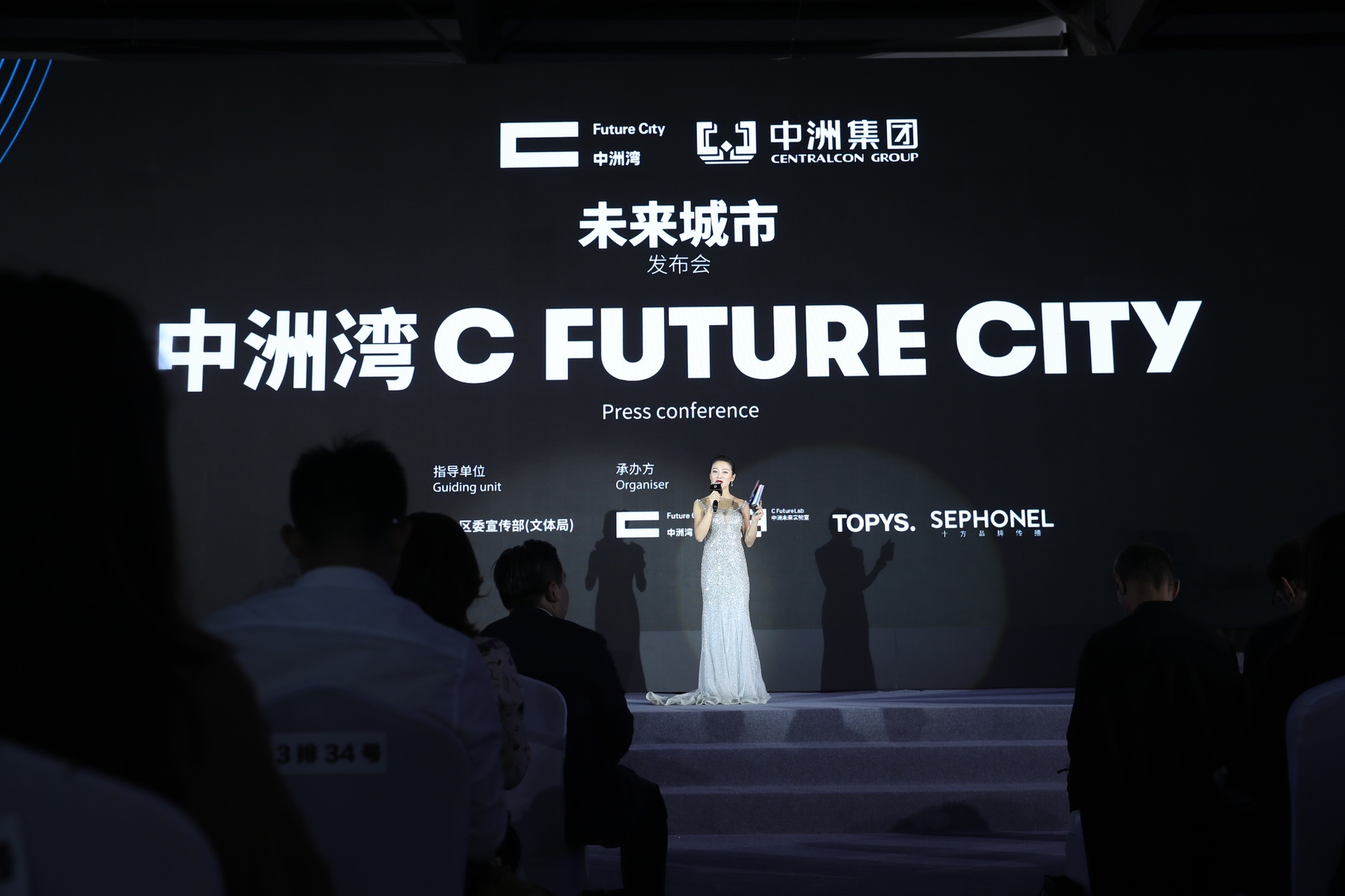 “While everyone says “The future has arrived”, what is the look of a future city? What do its residents need?” Lv Hua, General Manager of Zhongzhou Commercial Real Estate and head of C Future Lab, said in his opening speech that a city should function by serving people, from material life to spiritual pursuit, which is the most fundamental change in a future city.

According to introduction, take the MINDPARK conference held by Centralcon this year as an example, lots of tickets had been sold out like hot cakes before the official opening of the event, with 30%-40% of the audience flying from other places of the country. It would have been unimaginable ten years ago to spend 1,000 yuan just for attending a one-day lecture.

As a young city drawing the world attention, how will Shenzhen continue to attract the world in the future? Natural scenery, history and culture, shopping paradise, or innovation, design, technology, nature and art? To figure it out, C Future Lab has come into being. Dedicated to exploring the future city form, it is an innovation platform for Centralcon to integrate its platform resources with focus on exploring the fields of science and technology, art, design, commerce and urban space in future cities. C Future Lab garners a large group of excellent teams and individuals with a pioneering vision in science and technology, art, design and nature from all over the world, including Silicon Valley (U.S.), Tokyo (Japan), Seoul (South Korea), Paris (France) and Shenzhen (China), in joint efforts to explore future cities. C Future City is a city sample developed in the experiment of C Future Lab in exploring the future city form of Shenzhen.

According to introduction, the C Future City project is located in Dajinsha Area, Mangrove Bay, Futian District, Shenzhen. With a total area of more than 3 million square meters, it is a city complex project encompassing shopping mall(s), hotel(s), park block(s), office building(s), apartment(s) and residence(s). With a planned area of nearly 10 million square meters, Dajinsha Area in Futian District, Shenzhen, will become an urban bay area of the highest standard in the core area of Shenzhen.

According to Lv Hua, an increasing number of intelligent groups around the globe are engaging themselves as partners to C Future Lab. Through 5-year exploration in cooperation with passionate, intelligent and forward-looking teams, the Lab has defined the project gene with science and technology, nature and art as the central orientation. “C Future City” aims to build 10 separate art buildings, 10 theme squares, seven art centers, 20 innovative key commercial stores and theme areas, as well as 20 commercial “must-go sites” and 17 “must-go sites” of city square and art space.

Notably, “C Future City” will also build the biggest “botanical garden” in southern China. Patrick Blanc, a French botanist and artist and the vertical garden inventor, will further move nature and green to C Future City. More than 2,000 kinds of special plants will be distributed in different places, including blocks, sunken plazas and indoor shopping malls.

In the session of sharing the future city practice, five practice teams of C Future Lab shared their C Future City practice results. The first one was teamLab, a famous new media art collective from Japan. In 2017, teamLab brought an exhibition themed “Dancing Art Exhibition & Future Amusement Parks” to Shenzhen, attracting a swarm of citizens and allowing many of them to feel the true glamour of media art. 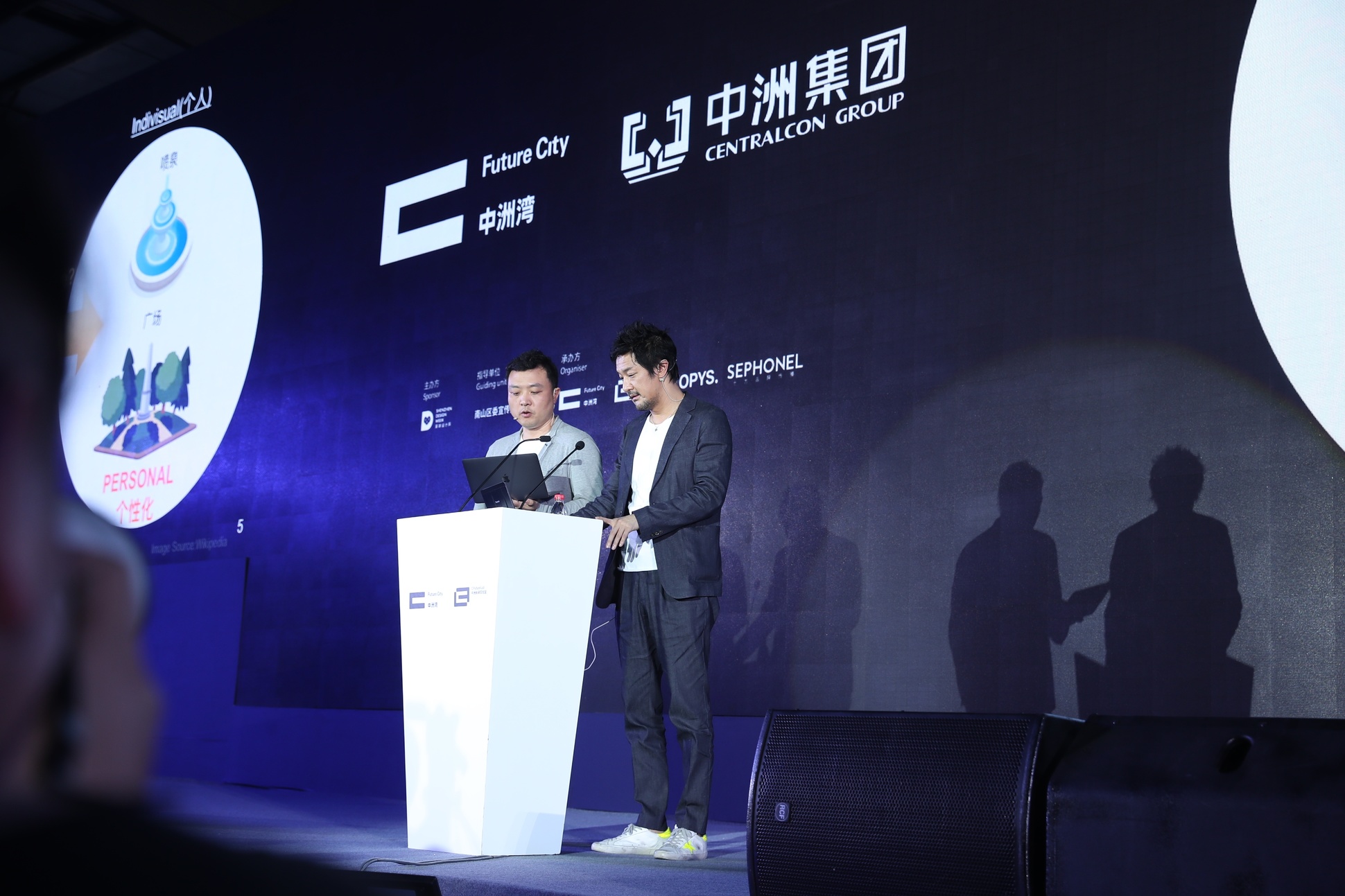 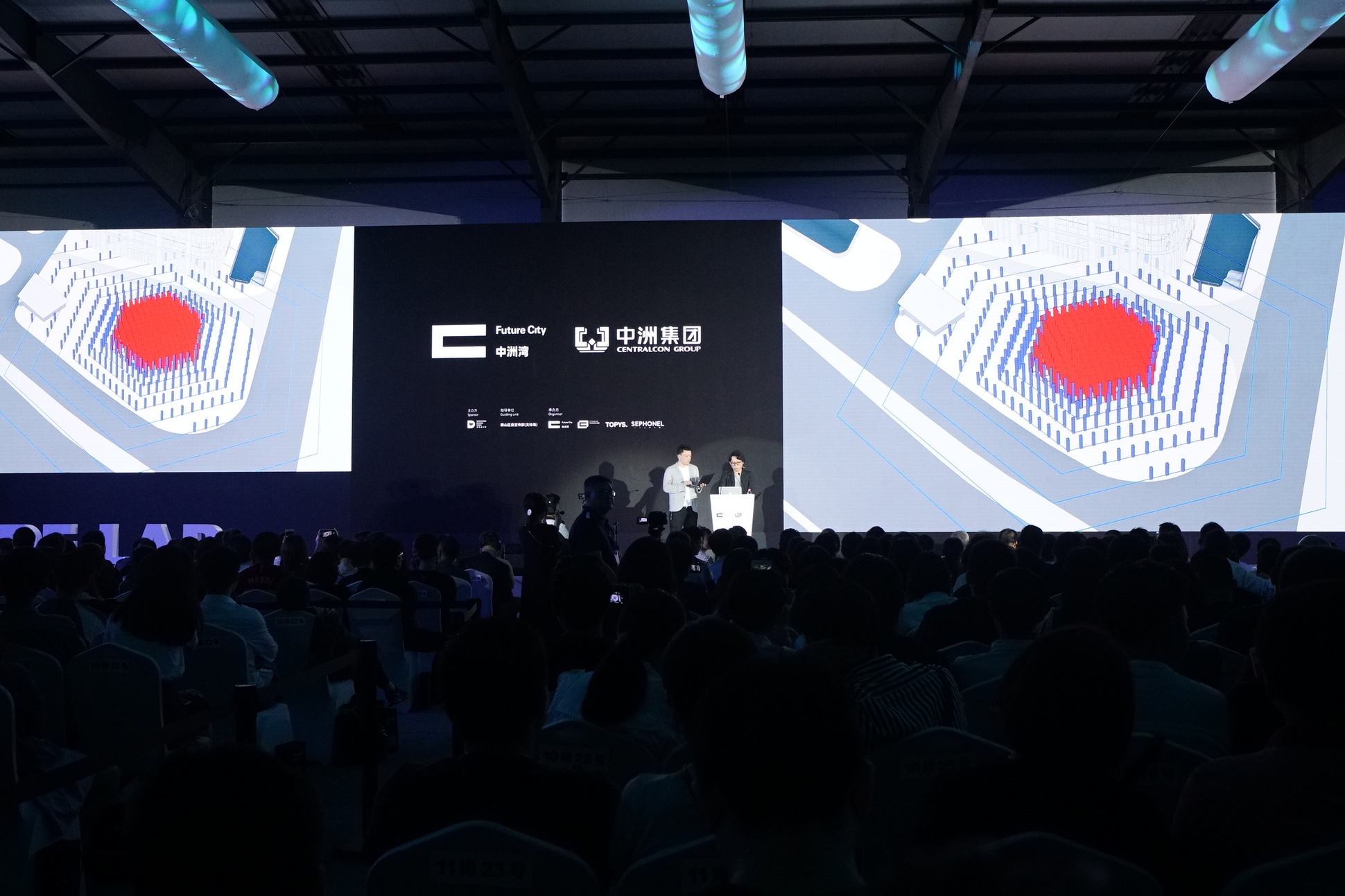 Toshiyuki Inoko, an artist and founder of teamLab, said that they were touched by C Future Lab two years ago when they received its invitation for cooperation and learned that Centralcon, as a company growing locally, hopes to make greater efforts towards the future city development of Shenzhen. He believes that the publicness and individualism of a city are possible to harmonize with each other through the art of digital technology. So far teamLab has established cooperation with C Future Lab. The two parties are exploring and practicing the experiment sub-projects of “C Future City” and planning an artwork named Crystal Forest Square. Intensive effort is being made to develop the artwork, which will welcome comments from the world as the portal of “C Future City” in future.。

The architect Kawata Shogo of teamLab added, “Crystal Forest Square is both art and building. It will be consistent with people’s new lifestyle in new cities of a new era. We look forward very much to introducing our new ideas facing the future in Shenzhen in 2020.” 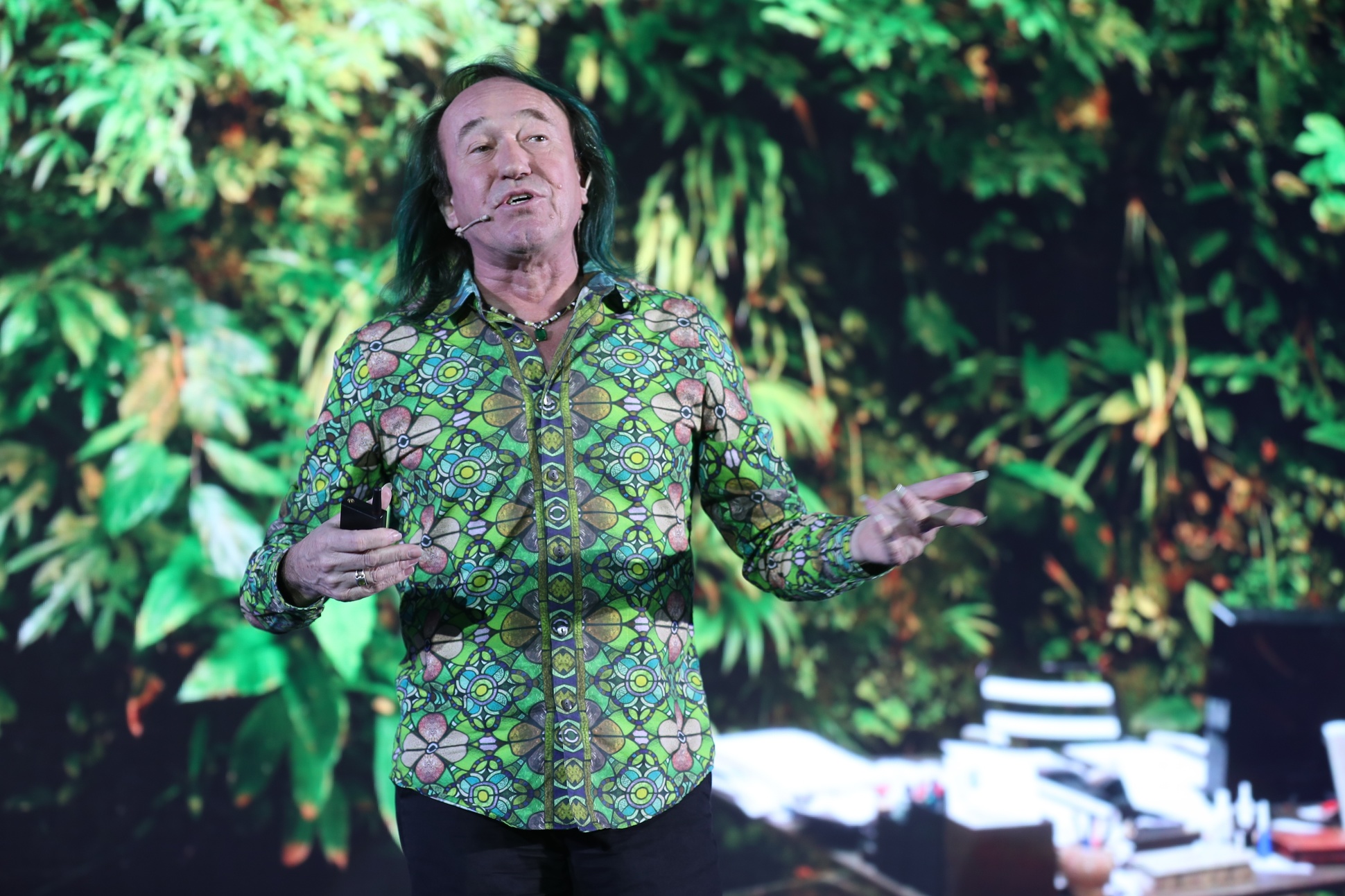 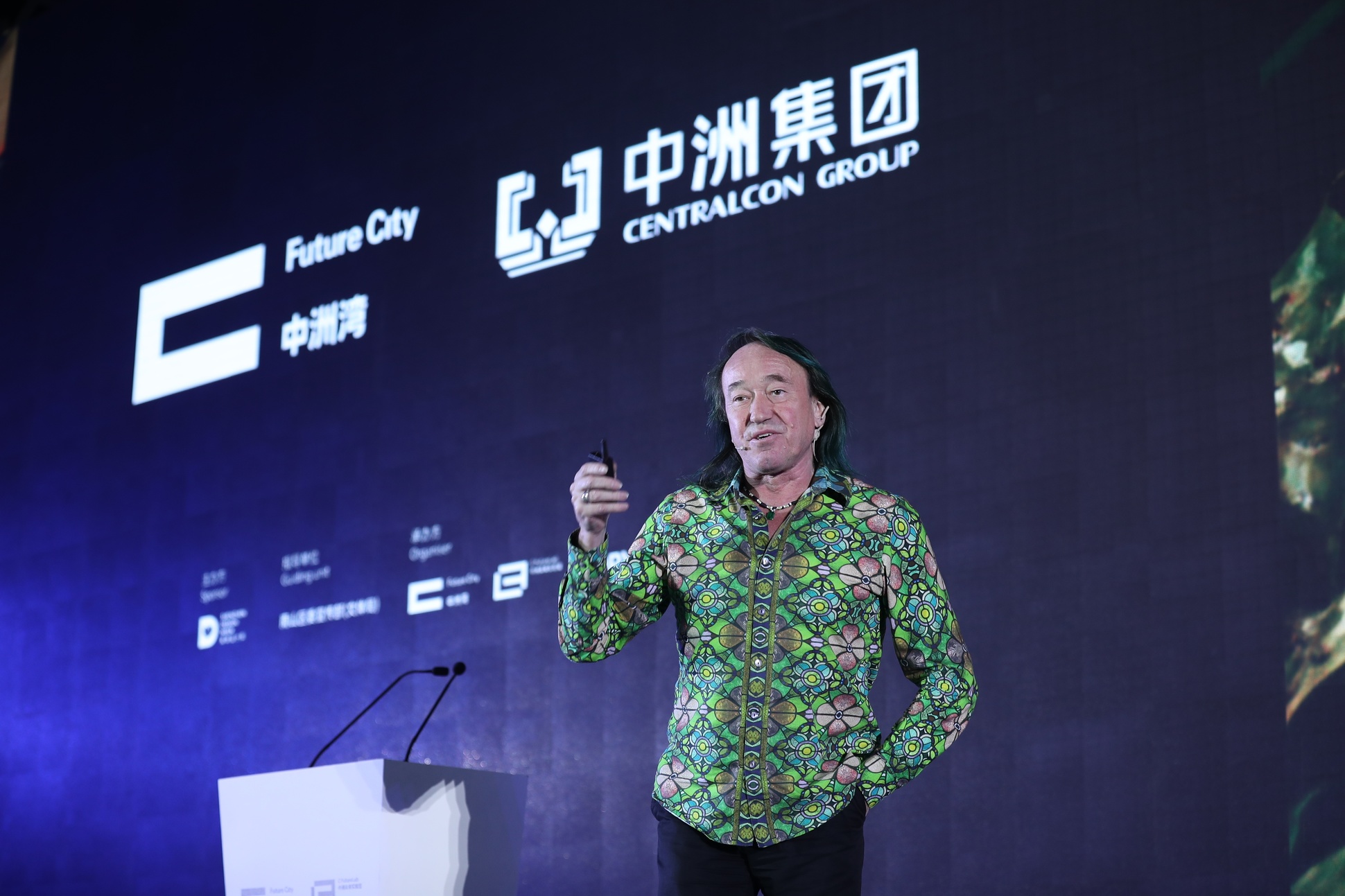 Patrick Blanc, a French botanist and artist and the vertical garden inventor, is the designer in Centralcon’s plan of building the biggest “botanical garden” in southern China. In 1988, Patrick Blanc obtained the international patent for the vertical garden designs he had originated. So far he has created nearly 300 vertical gardens around the globe, including a variety of indoor and outdoor vertical green walls in different climates and environments. At this C Future City Launch, he said, “I hope I can bring different plants to the C Future City to organically integrate them, making a more beautiful C Future City. I will blend some new ideas into the C Future City to both make the vegetation more beautiful and enable further interactions between people and the vegetation. For example, plant roots will be able to penetrate through building windows as a very innovative way to connect city blocks.” 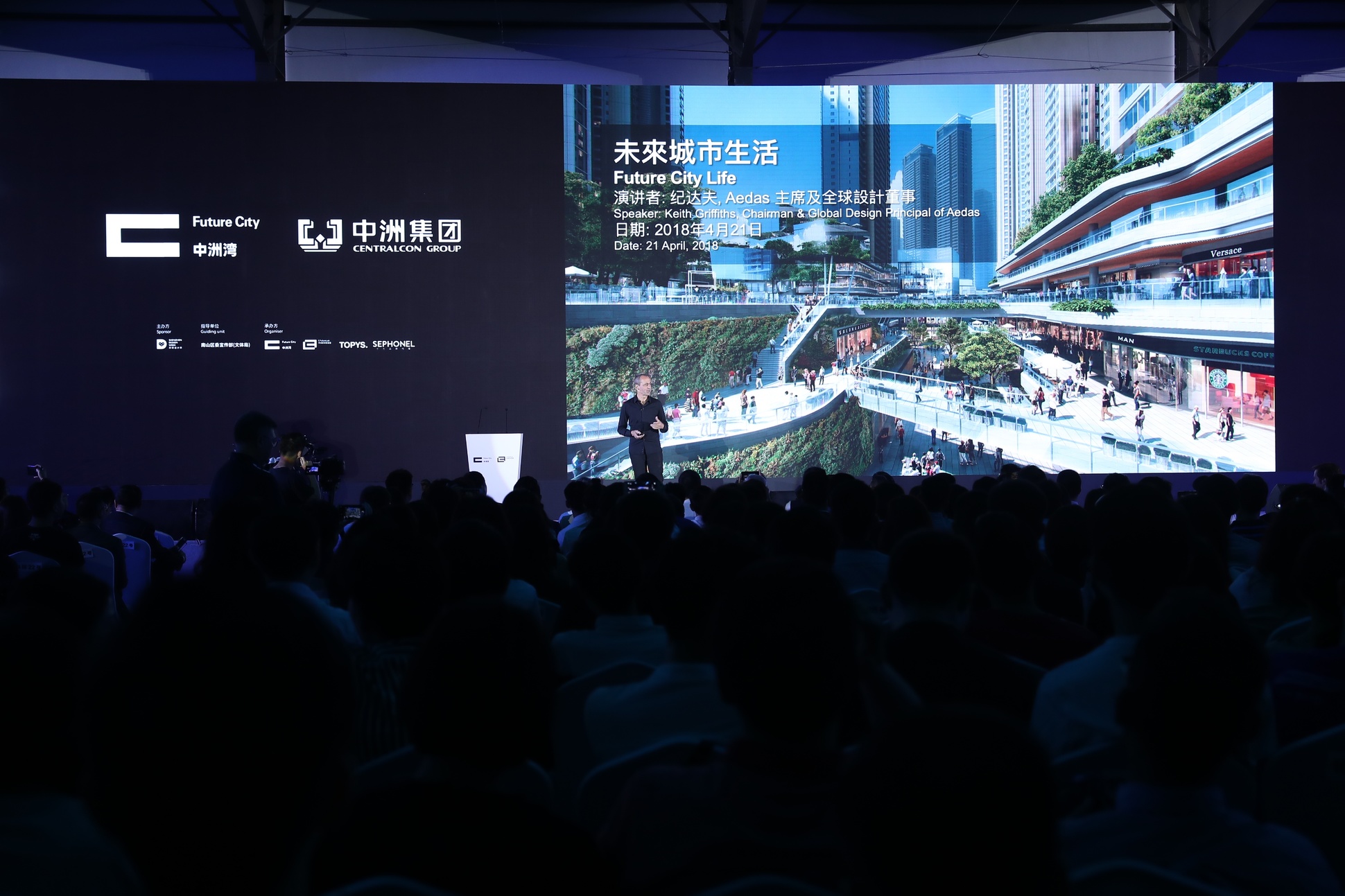 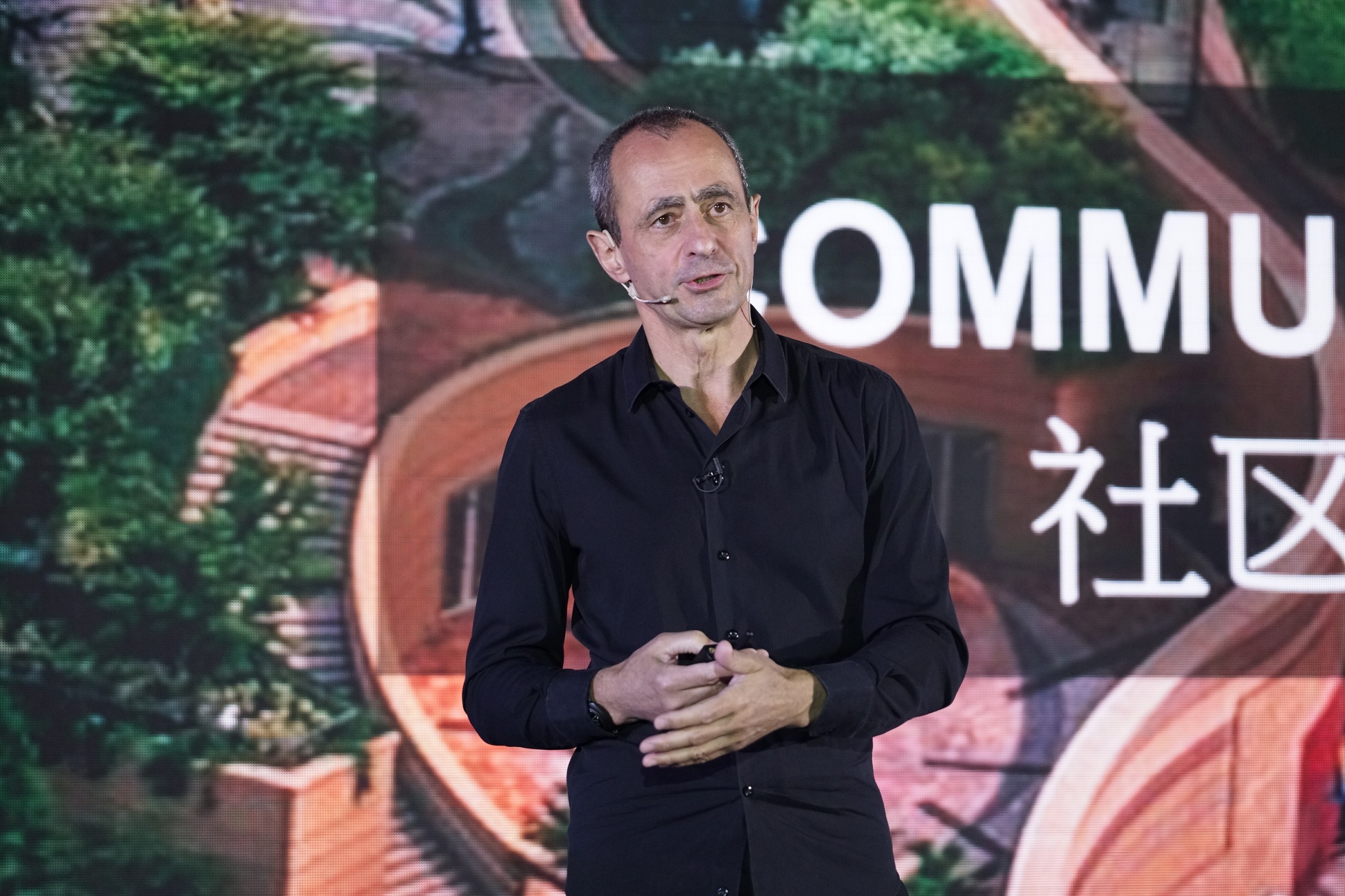 The Launch also invited Mr. Keith Griffiths from the UK, a chief designer of the project. Aedas,  one of the world’s top ten architectural design companies founded and run by him, has completed more than 30 mega projects around the world, such as Shenzhen Bao’an International Airport. It provides innovative and sustainable design solutions for the development of new urbanization on the backdrop of rapid changes globally. According to Keith Griffiths, having been at the forefront in leading future city life, the city of Shenzhen has gathered well-known designers from all around the world and organically combined art, nature and technology, making cultural and historical factors interpenetrate into each other; at the same time, it cooperates with more partners such as teamLab to conduct creative experiments on future space. 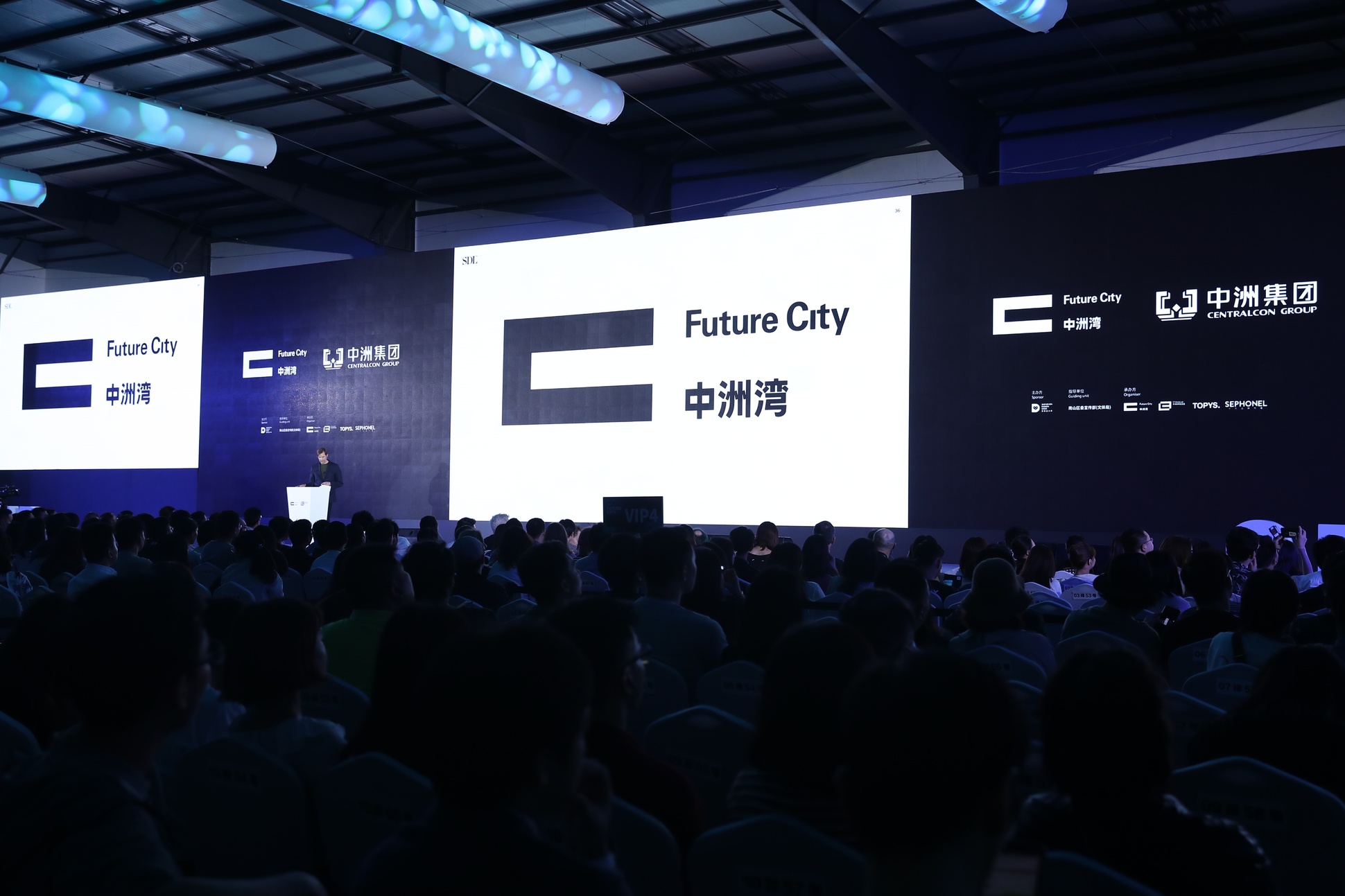 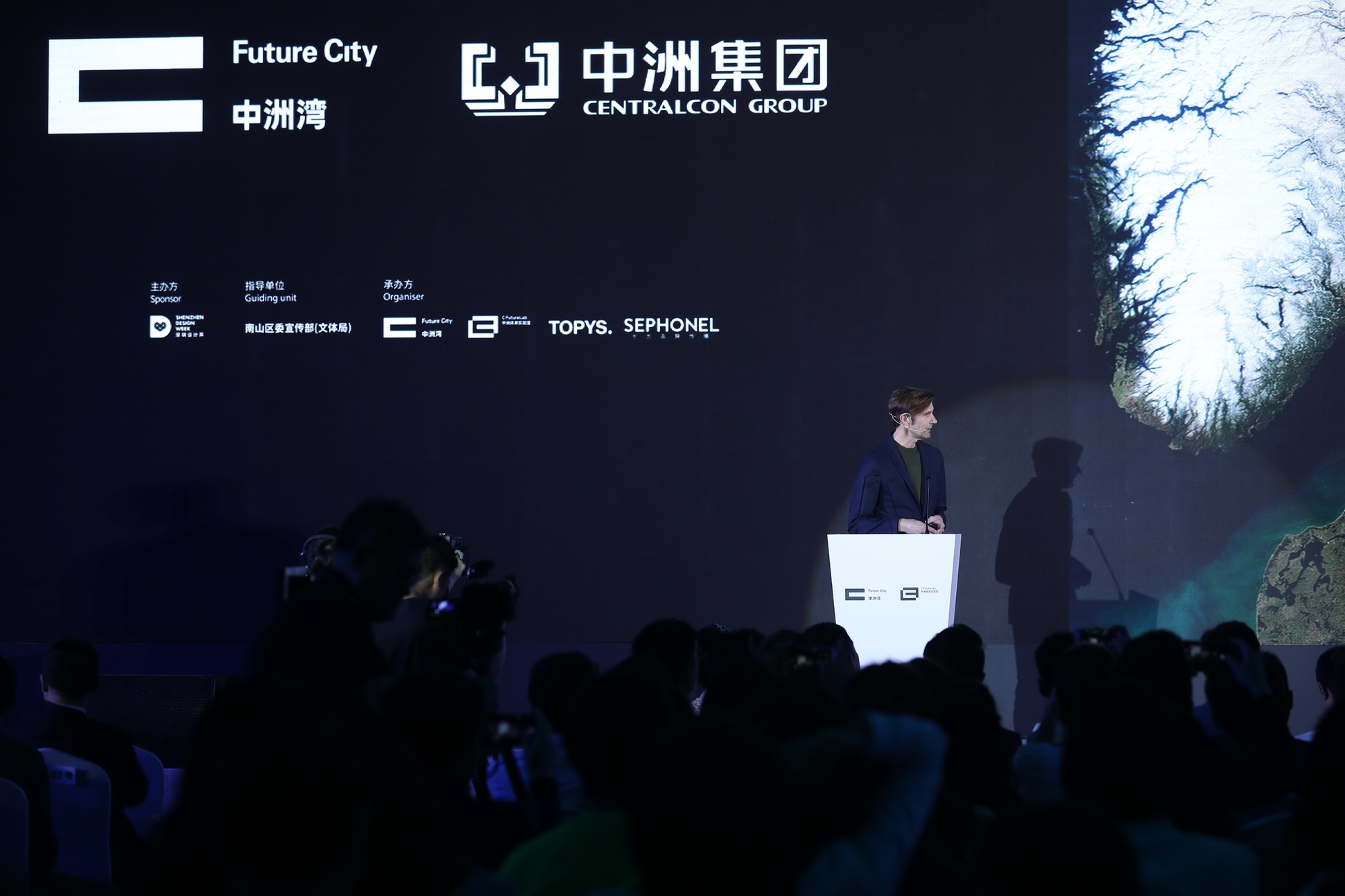 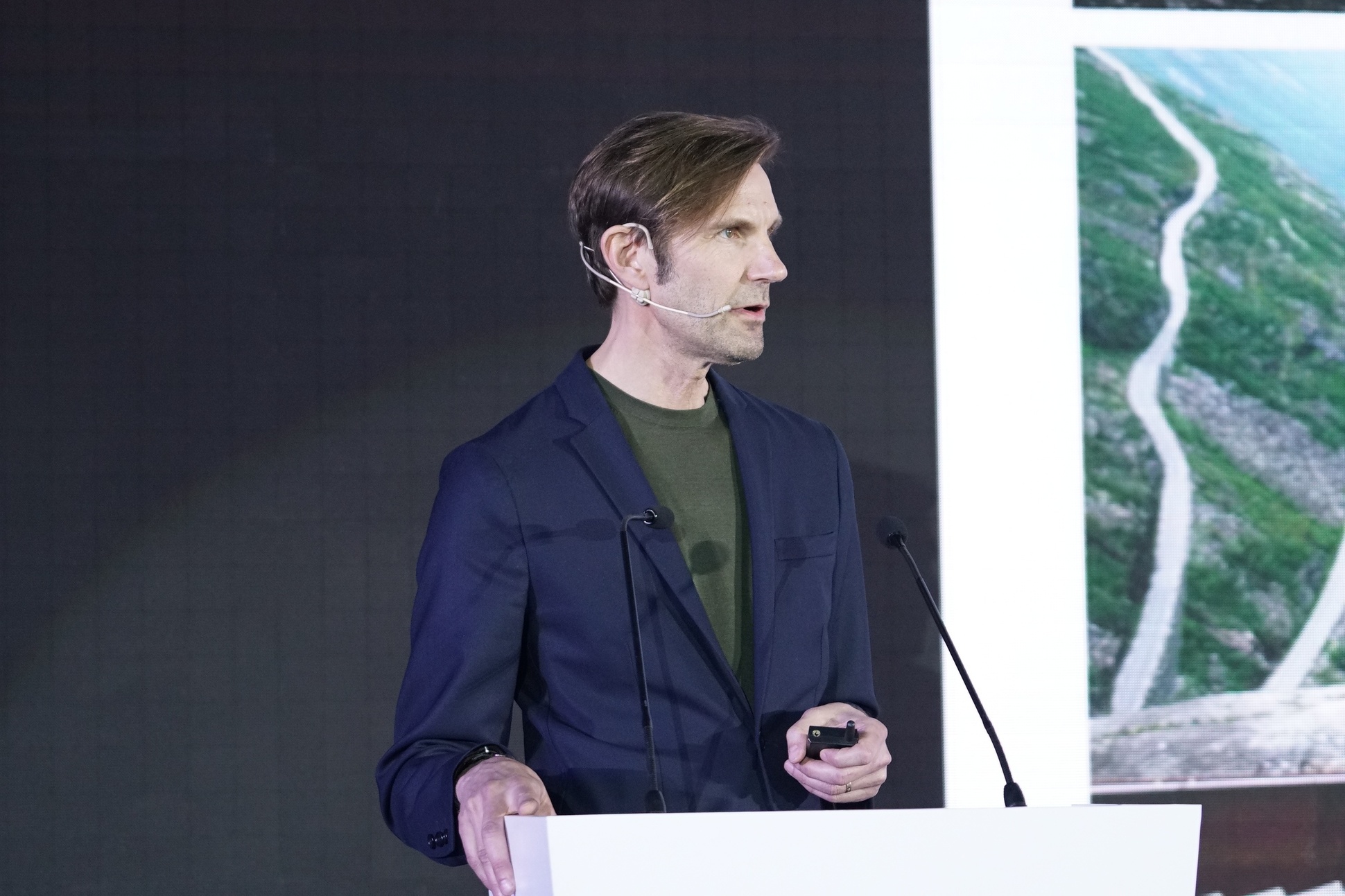 “C Future City, C the future (see the future) means the future-facing vision, the exploration into the future with eyes. The future is about moving ahead to explore, to discover, to reform and to improve.” Bjorn Kusoffsky, founder of Stockholm Design Lab in Sweden, a partner of C Future Lab and a brand design service partner, believes that C Future Lab is fantastic. “It is a start point. It focuses on science and technology and future development. It explores future commercial forms with a mindset of brand design. I look forward very much to the future of ‘C Future City’”

Roger Parent, founder of the Canadian technology interaction company Réalisations also applauded Shenzhen, “I’ve never seen such a city with so many young people as Shenzhen. Shenzhen is a city of the future that garners many opportunities and fortunes. I hope that everyone will grasp the opportunities and jointly look to “C Future City”. 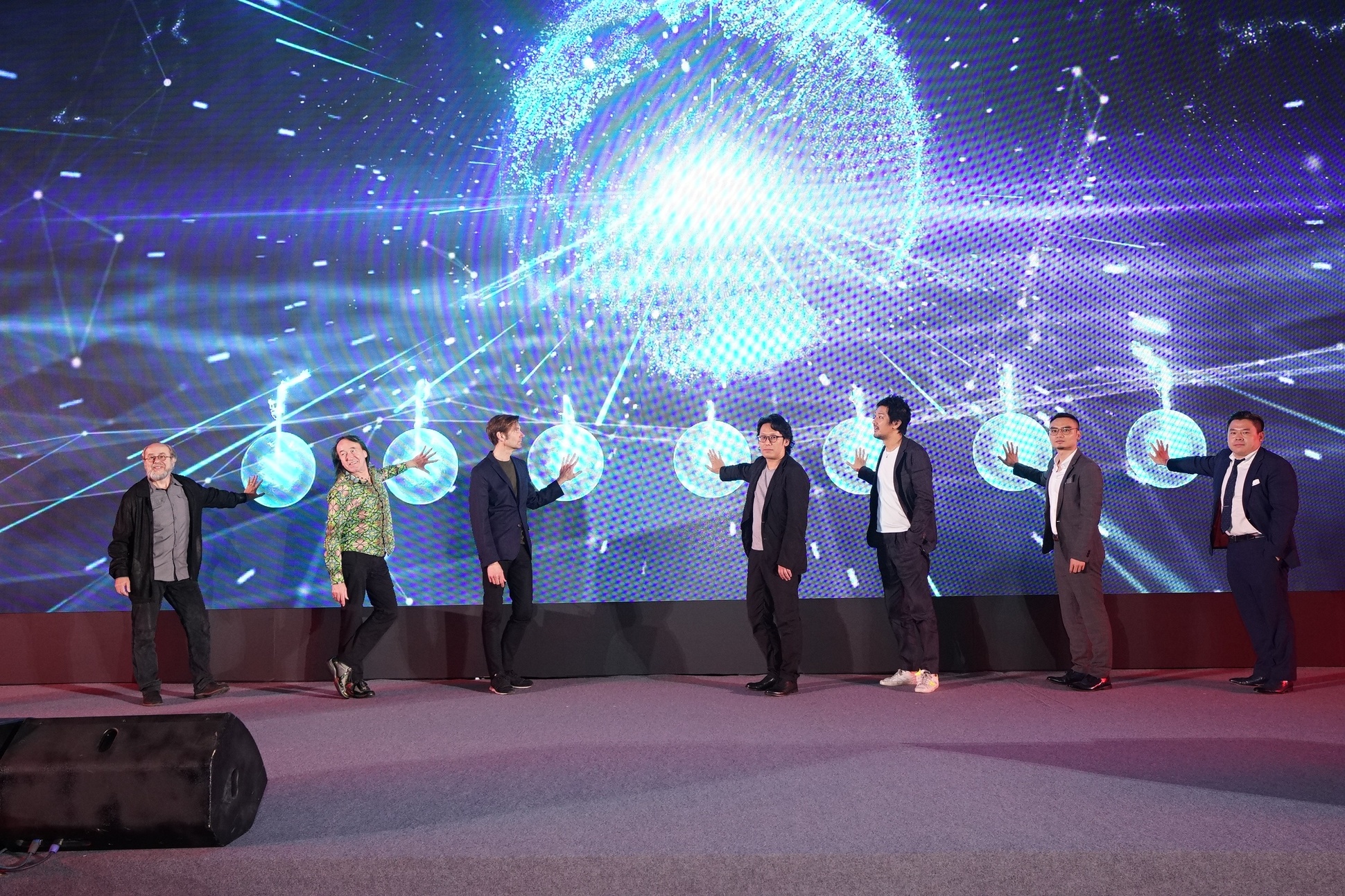 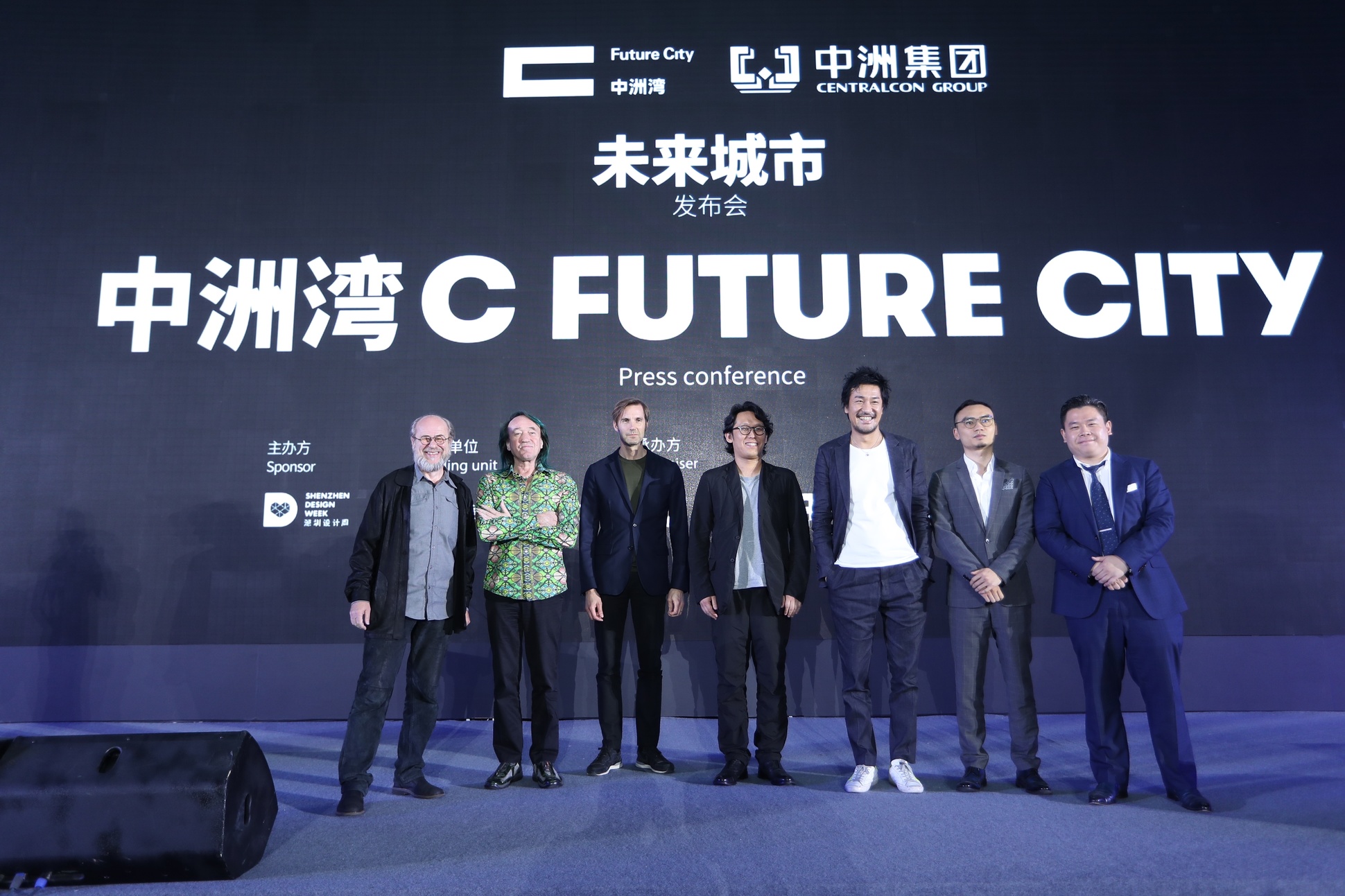 After the guest sharing session, the “C Future City” plan, an experiment on future cities, was started by Lv Hua together with masters of technology, art and design, including Toshiyuki Inoko, Kawata Shogo, Patrick Blanc, Keith Griffiths, Bjorn Kusoffsky, Roger Parent and Xiao Zhengheng (attending on behalf of Mr. Joe Cheng, founder of the Hong Kong firm CCD), as well as around 1,000 global elites of different fields. 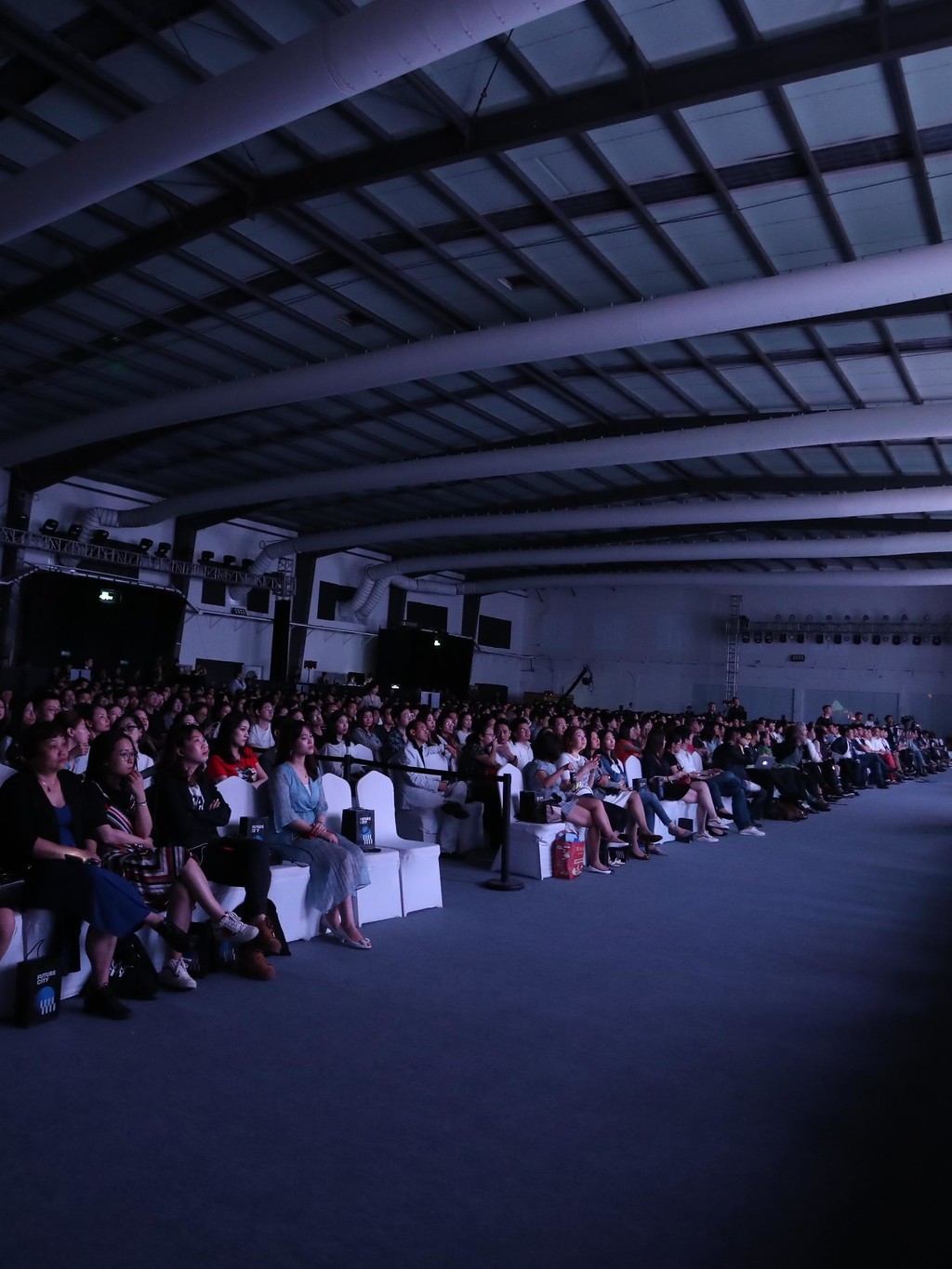 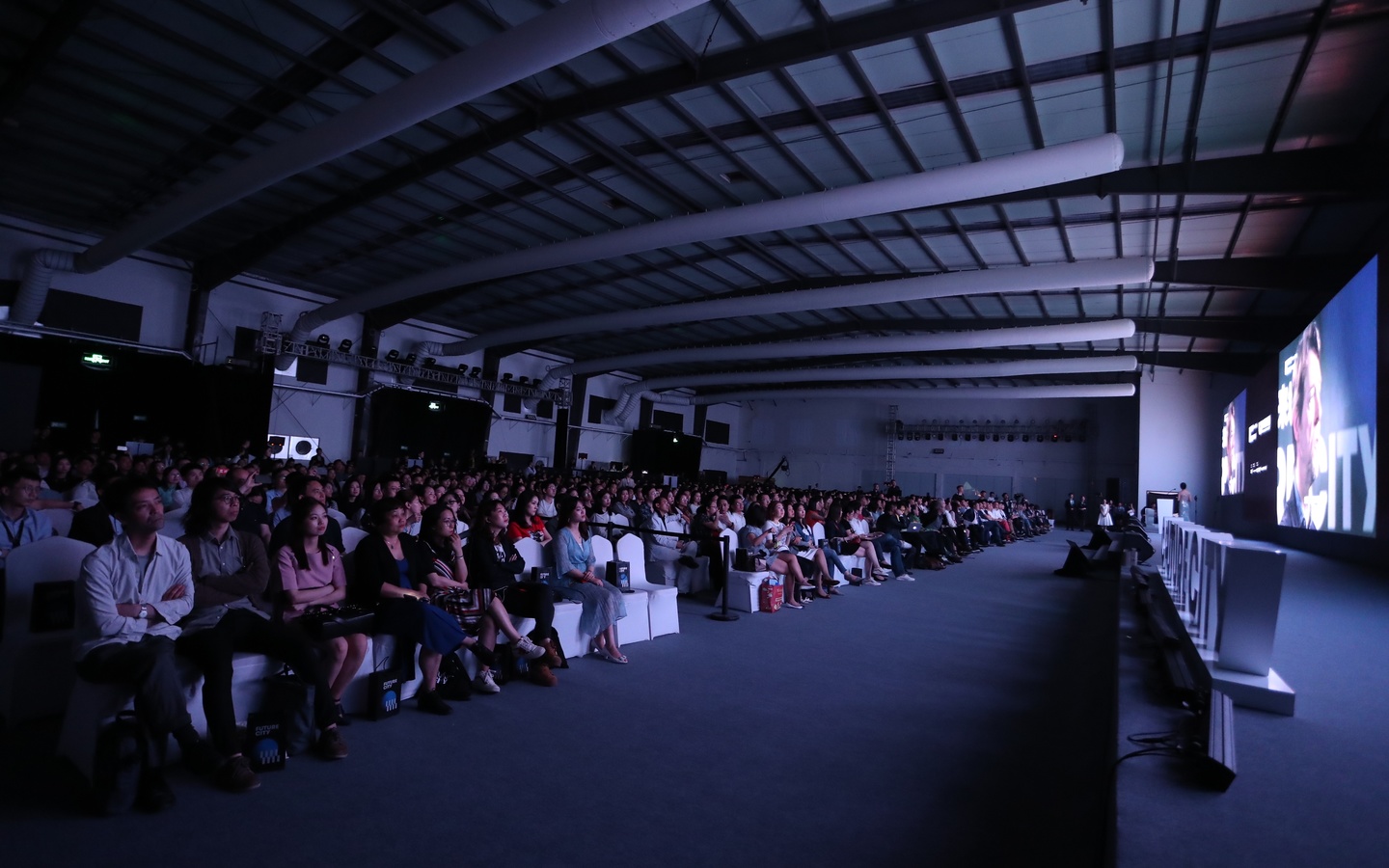