Stockholm, as a city attaching great importance to design, even has its TV channel about typeface design. Many excellent brands will design their brand typeface. When a LOGO is unavailable, a unique brand typeface is nothing short of a brand LOGO, constructing the complete brand personality.

SDL have designed unique typefaces for numerous customer brands. It has carried out deep research on typeface design which is regarded as a discipline by it and kept improving. From stroke weight to the spacing between points and lines and the spacing between words, a slight difference of 0.01mm can create a brand with a totally different temperament in the process of brand construction. Therefore, SDL always pursue the ultimate harmony of scientific prudence and instinct sensibility in the process of design. 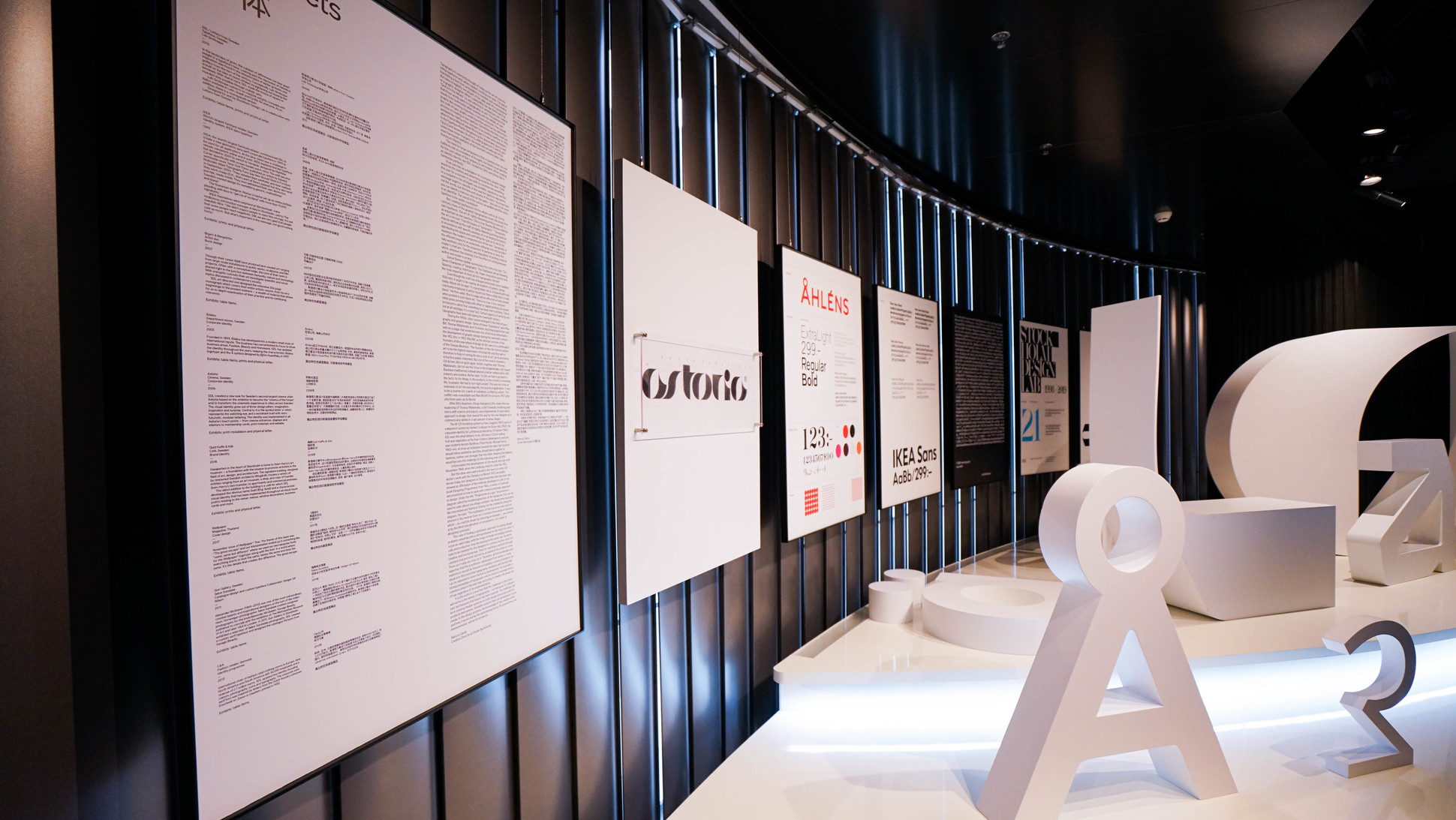 In 1999, SDL created a new geometric sans serif typeface for a full range of applications for IKEA. At the time, it was a challenge to maintain the consistency of the typeface on the Web and print media.

IKEA used the typeface for many years until it decided the adoption of the Verdana typeface designed by Matthew Carter based on screen application in 2009. This move became the global hot news at the time, e.g., the New York Times in September 2009 published an article by Edward Rothstein, titled Typography Fans Say Ikea Should Stick to Furniture: "They violate aesthetics and methods: although the price is low (OK, this is a part of its attraction), but the products are prefabricated and ready-made. They even abandon their unique Swedish design for an ordinary design that has been used by many countries."

Marius Ursache, a Romanian designer, has presented a petition online to request IKA "Removing Verdana" which has been signed by more than 10,000 participants by now. 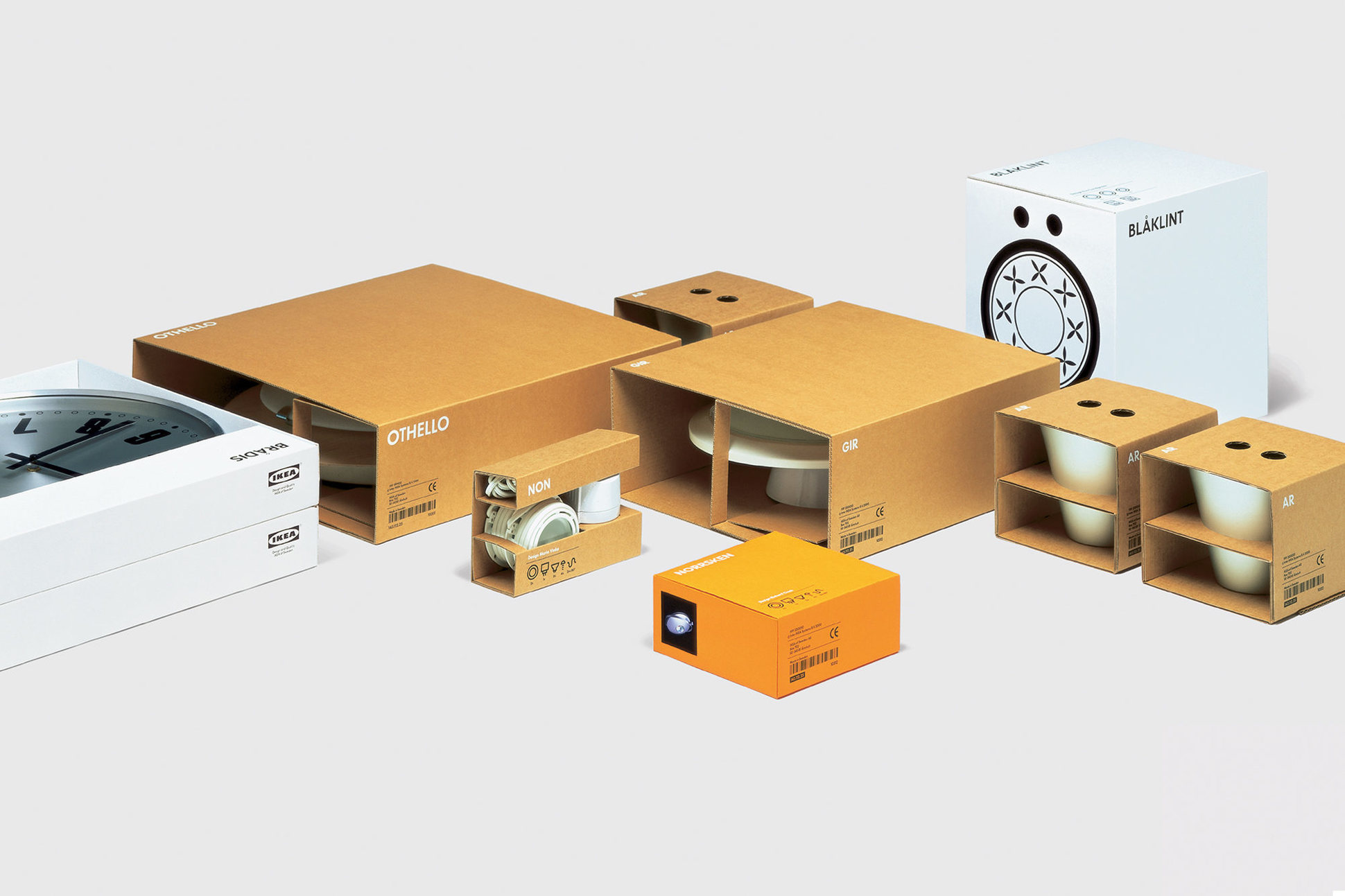 In the landscape of grots, the subtlest of differences can bear great weight in a typeface’s tone. Looking past the repression of Helvetica, inspiration was found in the idiosyncrasies of earlier grotesks and gothics from the turn of the century. Conceptually, Lab Grotesque is built on the idea of round strokes straightening out towards the terminals. With that in mind, SDL made the choice of square or rounded dots possible through stylistic sets.

Lab Grotesque comes in six resolute weights, complete with italics available in Latin, Greek and Cyrillic for everyone. As an addition, there is a monospaced version.

Designed for and by Stockholm Design Lab in collaboration with Letters from Sweden.

Through their career B&B have produced and created art ranging from large-scale installations to public works, sculptures and film projects. Often with a conceptual edge, the core of their work is placed right in the junction between humanity, nature and technology. With energetic curiosity their art investigate scientific and social topics discussed in contemporary society.

SDL art directed and designed the extensive 356 page monograph which covers their entire artistic oeuvre, from its very beginnings to the present moment – a wealth of material that allows for an in-depth examination of their practice and its continuing relevance.

Founded in 1899, Åhléns has developed into a modern retail chain of international repute. The business has concentrated its focus to three business areas: Fashion, Beauty and Homeware. SDL has updated the identity throughout the years, keeping the characteristic Åhléns logotype and the Å symbol designed by Björn Kusoffsky in 1997.

Alexander McQueen (1969–2010) was one of the most extraordinary creative talents and inspirational designers at the turn of the millennium. Norweigan photographer Sølve Sundsbø created congenial photographs for the book Alexander McQueen: Savage Beauty, published to coincide with the exhibition at The Metropolitan Museum of Art and later V&A in London. In 2011, Gun Gallery in Stockholm exhibited a selection of Sølve Sundsbøs photographs. SDL created a custom serif typeface and designed the catalogue Pictures from Savage Beauty.

November issue of Wallpaper* Thai. The theme of this issue was “The great escape” and SDL’s interpretation ended up in something like “same, same but different” where SDL used their own bespoke fonts for the Wallpaper* logotype along with the text: In a world where everything starts to look the same, tastes the same and feels the same. It’s the details that creates the difference. The great escape. International chain of fashion retail clothing stores in Europe, Asia, North America and South America with 50,000 employees and a revenue of 2.7 million euros. SDL updated the identity including colours, photog-raphy, icons and typography. The corporate sans serif font was inspired by letters from the Dutch foundry Johannes Enschedé en Zonen in Haarlem, printed in 1932.

SDL created a new look for Sweden’s second-largest cinema chain Astoria based on the ambition to become the “cinema of the future” and to transform the cinematic experience in cities across Sweden. The visual identity grew out of three design pillars: imagination, inspiration and surprise. Central to it is the symbol letter ‘a’ which represents the watching eye, and a wordmark built with retro-futuristic, modular lettering. The identity was implemented to all Astoria’s touch points – from cinema entrances, displays and interiors to membership cards, print materials and website.

Vasaparken in the heart of Stockholm is home to Sven-Harry’s art museum – a foundation with the mission to promote activities in the field of art, design and architecture. The signature building, designed by renowned Swedish architects Wingårdh, houses a variety of entities ranging from an art museum, a shop, and copy of founder Sven-Harry’s own mansion, to apartments and commercial premises.

The latest addition to the building is a café for which SDL developed the obvious name Guld (Eng. Gold) and a characteristic visual identity that has been implemented throughout all visual touch points relating to the venue: menus, window decorations, business cards and more. 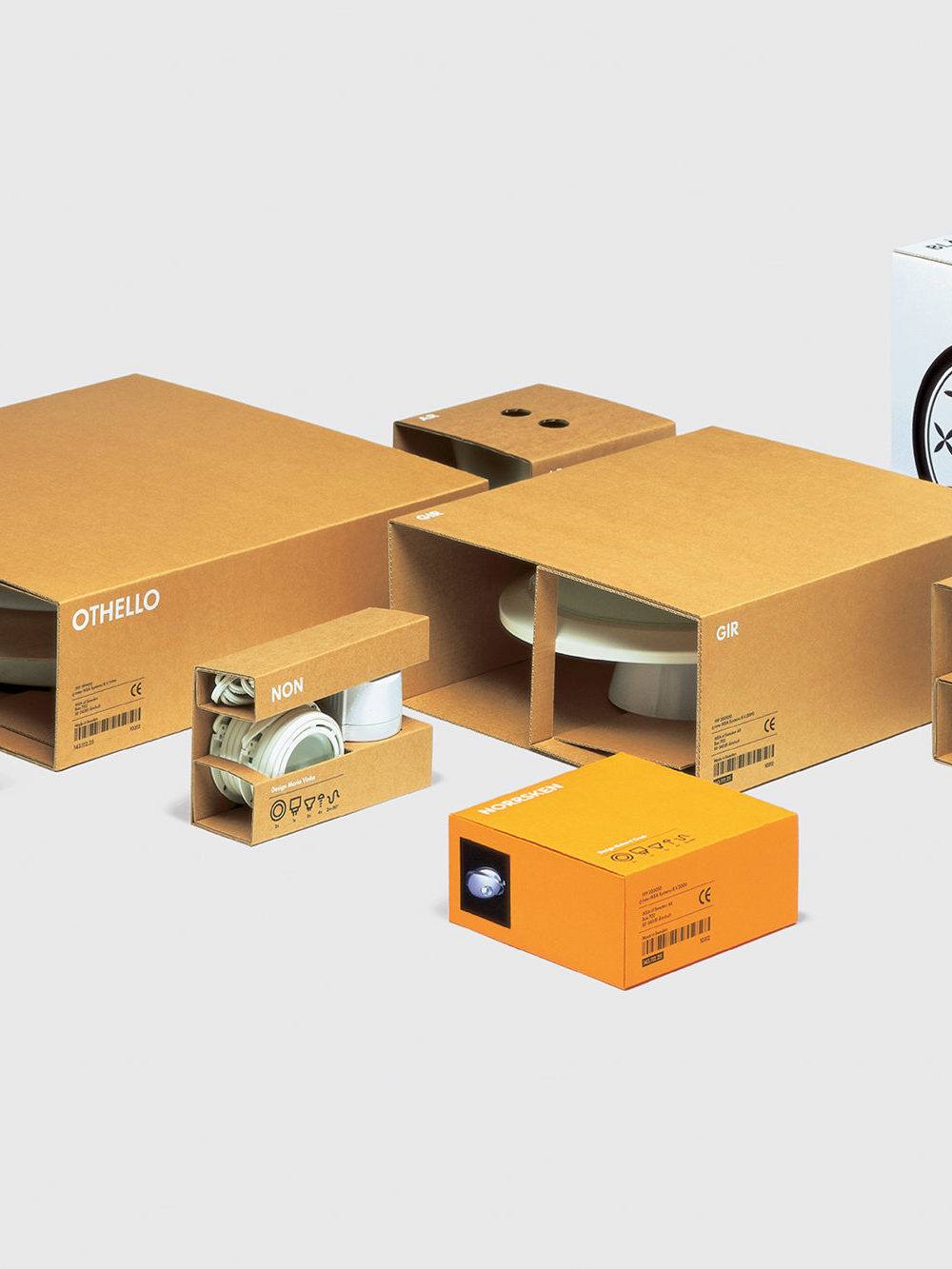 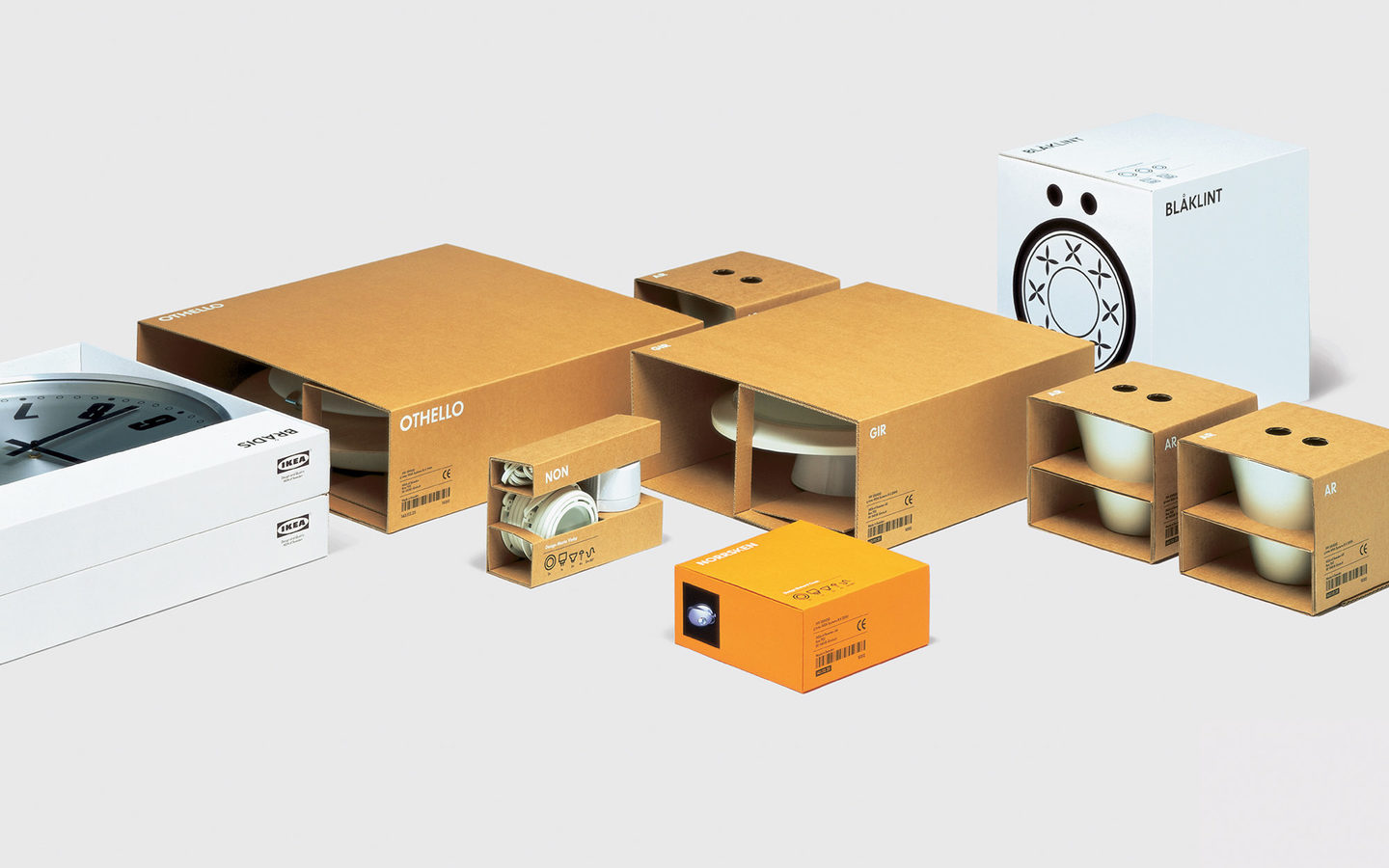