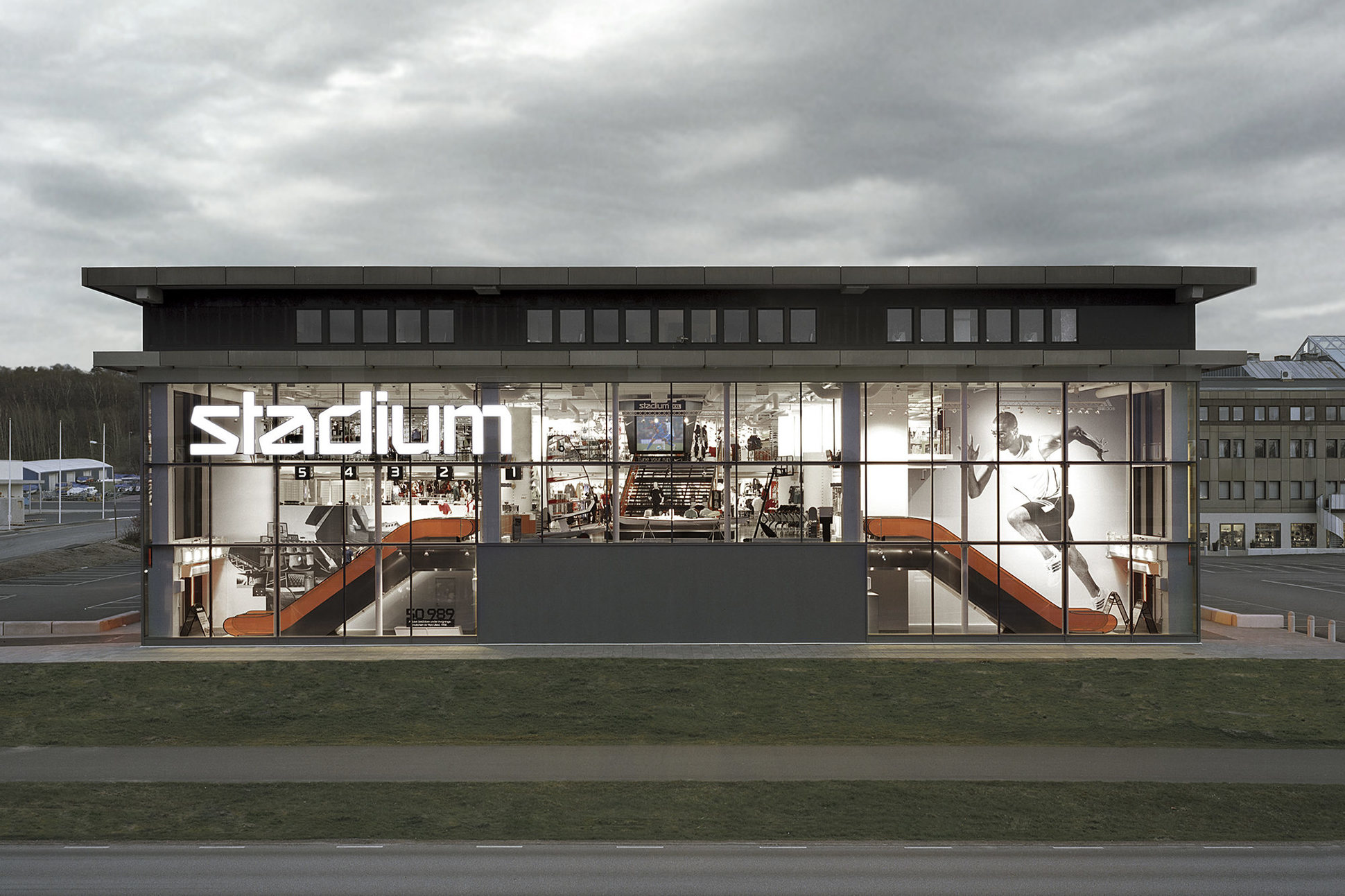 Stadium, Sweden’s largest sports goods retailer, was facing new and growing threats. Its brand had stood still: stores and own-brand products still sported the slab-serif logotype that Stadium had introduced 20 years earlier. Its own brand products – responsible for half its sales – were doing battle with brands worn by champions, such as Nike, Adidas and Puma. And its stores were facing fresh international competition from the likes of Decathlon and Intersport. Stadium needed to change more than just its logotype. It needed to change everything: its visual identity, its stores, its merchandising and displays, and a whole lot more. SDL and TEA offered the chance to address these issues as a single, all-embracing project. Here was an opportunity: to develop a visual system with a core idea or concept that could increase Stadium’s brand equity and transform the customer experience. They were looking for a concept, or “fifth element”, that would add tangible value to the Stadium brand: ownership of an idea that was central to sport, and that could propel Stadium beyond the reach of its rivals. It was found in numbers. Sport-specific numbers – including record-breaking times, speeds, scores, sizes, lengths and heights – would provide the visual and cerebral fuel for the brand, inscribed in the dynamic, angular font connected to the logotype, on walls, displays, merchandise, price tags, in print, online, even on the truck bays of Stadium’s logistics centre.

Identity for Adidas’ iconic everyday goods, integrating elements of their renowned brand assets. A daringly simple approach adapting the linear wordmark and the three stripes, a typographic grid system for all product information. The brand with three stripes comes to life when stacking and putting the boxes together. This simplified logistics and made the products accessible, adding impact and clarity in the retail environment.

POC was founded in 2005 in Sweden, with a strong mission: “To do the best we can to possibly save lives and to reduce the consequences of accidents for gravity sports athletes and cyclists”. Short distance commuters have precise needs: apparel that can protect and withstand all the elements; function and fit which supports urban biking, and products that enhance your safety and connect you to the world.

The first commuter collection, POC and forth, has been created around these needs. Taking a leap towards a more sophisticated look, yet staying true to the visual identity SDL created for POC in 2005, they developed a toolkit for the release of the new “Poc and forth” collection. Art direction and image design, brochures, hangtags with additional reflective detachable stickers, and a lookbook encased in a limited edition, handmade box.

Crescent is Sweden’s most renowned quality bicycle brand, founded more than 100 years ago. Since 1995, Crescent has been part of Cycleurope, one of the world’s largest cycling groups. SDL was asked to create a strong visual identity for Crescent’s mountain bike (MTB) range that would clearly differentiate from competitors and stand out from other bikes within their brand portfolio. The traditional painted hike and bike trail markings were the inspiration for SDL’s design of the 2019 Crescent mountain bike range.

These markings bear a lot of resemblance to the classic stripe found on many of the old Crescent seat tubes. SDL chose the stripe to be the main graphical feature on the bike, indicating the bike version together with the classic Crescent logotype and an alpha-numerical system of bike specs, thus leaving the frame bare of any other visual elements or decoration. On some more premium bikes, the stripe is painted directly onto the raw carbon material, just like trail markings are painted directly onto the tree trunks in the actual environment where these bikes are truly put to the test. 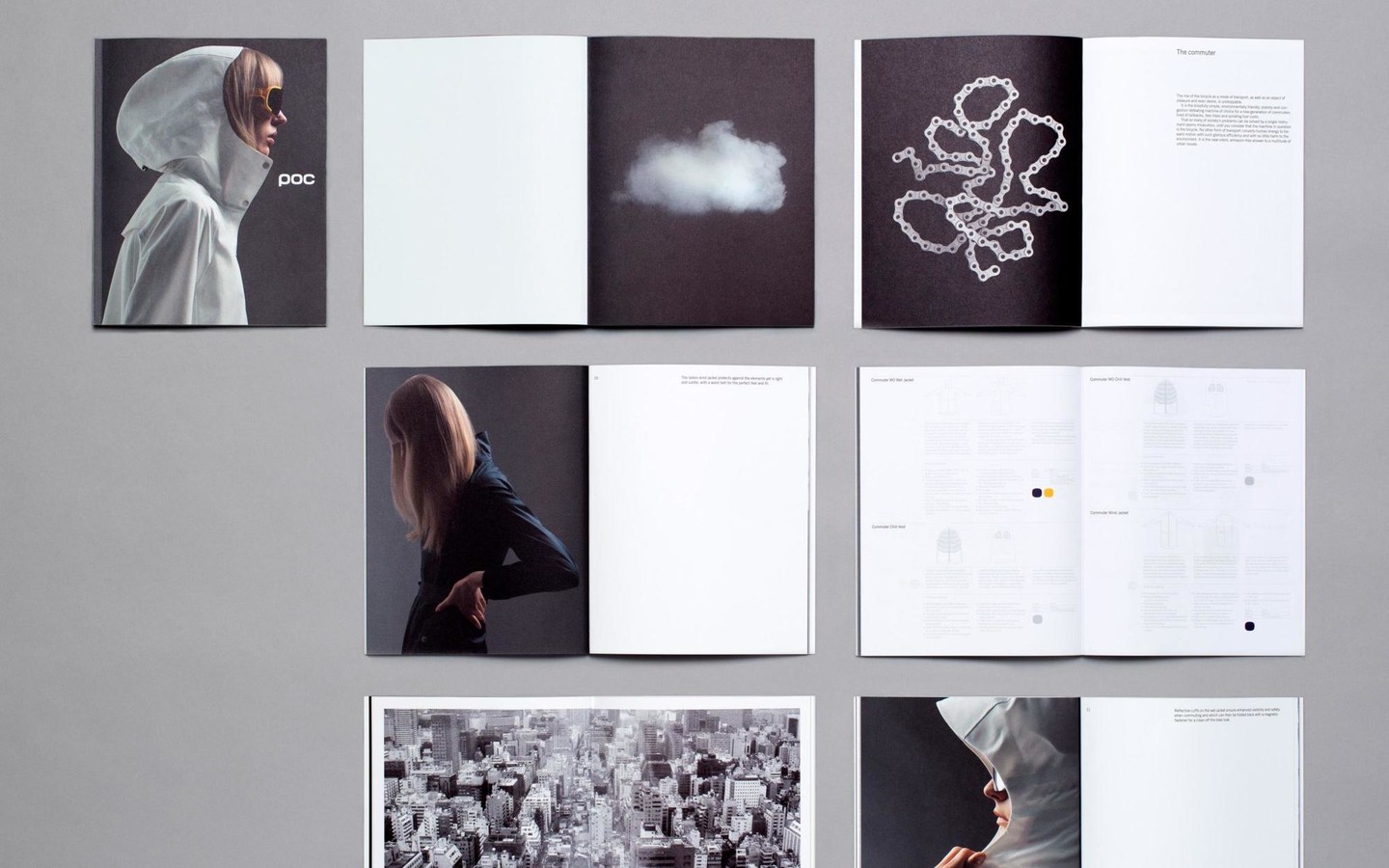